You have a voice inside of you that deserves to be heard.

Last night this was driven home to me again when I went to a wonderful party at the home of one of my students.

She and her husband do the most amazing thing and have been doing it for many years. They invite people over to their house for a potluck – they are vegetarians, so this potluck was vegetarian – and everyone who comes to the party gets up and performs something.

Each person knows that the party is for this purpose, so they come prepared.

Some people read original poetry or the poetry of other authors, others sing original songs or standards, still others read from a book they are writing or show a framed original photograph or art piece.

The first person is a woman who read several of her original poems. She did not sing but she came up to me after everyone was done performing to talk.

She had heard me do my Impropera Music in the Moment, knew that I was a voice teacher so I told her a little bit about what I am doing to bring affordable singing lessons to people.

Then she wanted to know more about the most important voice in the world to her: her singing voice.

She asked me this question: “So what can you do for someone like me who doesn’t have a voice?”

This is a question I frequently get asked, so I talked to her a little bit about her unique voice, her authentic voice, the voice that is like nobody else in the world and how her speaking voice and singing voice are one and the same.

This was a new thought for her and the light bulbs began to go on.

A sparkle began to come into her eyes.

The last thing I asked her to do was to extend that strong syllable even further and send it over into the corner of the room near where we were sitting and relax her tongue and jaw.

She did that too and as she extended the vowel and I guided her into holding that tone, she realized she was singing with a much more powerful voice and I watched as she began to feel the transformation of her voice taking place so quickly and easily.

The sparkle in her eyes grew as she as she felt the resonance inside her body, bouncing off the bones of her chest and inside her head.

Another Person Had Not Sung Publicly Before

She was very nervous but also very determined to conquer her fears. This is what she did.

She first told us the English translation of the song then she sang it in the original language, which was Yiddish. She kept saying how nervous she was and shook her hands and her body at times before she started singing. It was as though she was shaking off her nerves because she was absolutely not going to stop before she had sung the song.

Even though she was pretty terrified, we in the audience were supportive and encouraging so she succeeded in singing the song for us.

She transformed her fear into energy to communicate her emotions

It was very touching to hear her sing this song that meant so much to her. Especially since she had never sung it in front of people before. It stirred up many memories, not only for her, but for all of us listening.

We all have some memory of our mothers singing to us. Of course, if you have been with me awhile here, you will also know that this truth about mom’s voices singing to us and how that affects our vocal development is a topic very near and dear to my heart.

These two women are like many other people I work with. They want to conquer what is holding them back from being all they can be with their voices.

They are like you and thousands of other people who want to be transformed by the way they use their voices.

And that is why I do what I do to be able to give you the professional help you deserve. That is why I give Affordable Singing Lessons.

I believe you deserve to heard and that you can transform yourself by learning easy to understand but powerful vocal techniques.

So get on my VIP Notification list and get ready to transform your voice! 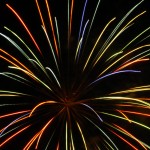